When my clients show up and do the work this is what happens. Cash in the bank and a feeling of fulfilling their greatest potential because they were helping someone else.

It's not all sunshine and rainbows while money falls from the sky.

Once you've done that for awhile, this is what happens on the other side of that.

Not many make it to the other side though because they quit in the messy breakdown part and retreat back to their comfort zone.

Are you able to push through the tough times to have the breakthrough on the other side so that you can have what it is that YOU want?

If you are ready to take that next step in changing the direction of your business and life - Message me now! 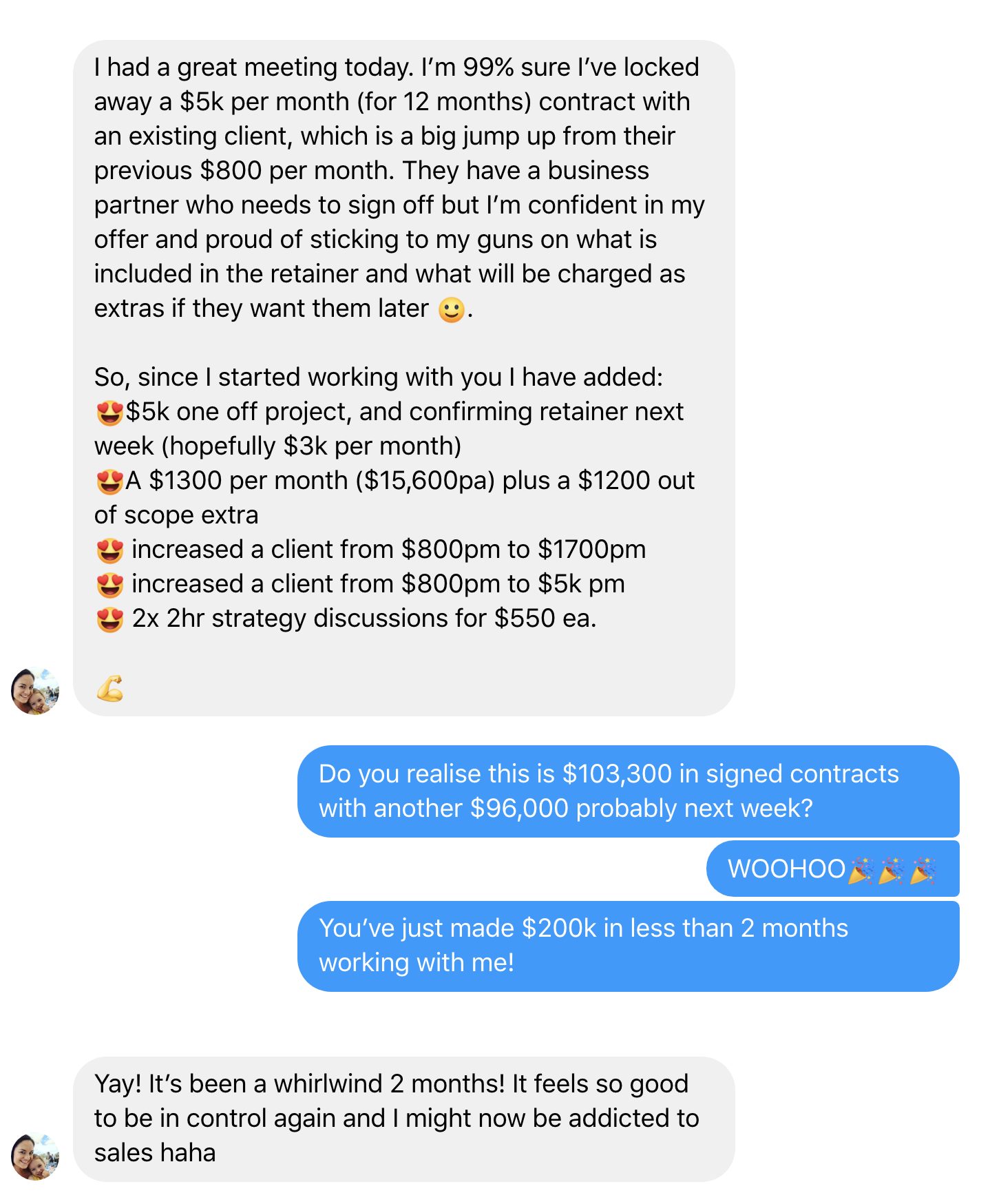 I had a great meeting today. I'm 99% sure I've locked away a $5k per month (for 12 months) contract with an existing client, which is a big jump up from their previous $800 per month. They have a business partner who needs to sign off but I'm confident in my offer and proud of sticking to my guns on what is included in the retainer and what will be charged as extras if they want them later.

So, since I started working with you I have added:

You've just made $200k in less than 2 months working with me!

Yay! It's been a whirlwind 2 months! It feels so good to be in control again and I might now be addicted to sales haha

enter your details to request a consult

Register Now
Enter Your Details To Get The
OWNERS CHECKLIST